-Lehsen Sidahmed and Inma Zanoguera, two moving stories of the Saharawi people.
-The Mallorcan basketball player triumphs in the desert, searching for her origins.

Smara (Saharawi Camps of Tindouf-Algeria) .- The Sahara Marathon is the solidarity race par excellence. Thousands of runners from all over the world have passed through it over the past eighteen years; many of them popular runners, other illustrious athletes such as Martín Fiz, Abel Antón, Giorgio Calcaterra and many others. All went with the same purpose of showing their support to the Saharawi people in exile and bringing humanitarian aid to the camps. However, in its history, a page as beautiful and exciting as the one occurred in this edition of 2018 was missing, a page in which the life of the two winners explains very well the suffering of this people over the past 42 years.
Inmaculada Zanoguera is Mallorcan. Her name is already written in the history of Spanish sport because among other things she is European Champion of Basketball U-20 with the Spanish National Team. However now he has decided to leave behind his brilliant step by the American NCAA and her basket triumph, to go to the Saharawi camps of Tindouf in search of her roots. Her mother was a Sahrawi and she was adopted by a Balearic family. Later she traveled to the United States with a scholarship to play basketball and now she continues studying there. She recently discovered her origins and decided to travel in search of the past of her missing mother, and do it with a challenge, run the 42 kilometers that separate the camp of El Aaiun to Smara. And she did it well, with a well-deserved but long-suffering victory in the Sahara Marathon. The Italian Graziani seconded, further away. The joy of Inma Zanoguera, despite her suffering in the many miles, was enormous because of the symbolic and emotional part that victory implies.

A SAHARAUI OF TOLEDO
Lehsen Sidahmed is a Saharawi, he was born in the camps of Tindouf like many young people of several generations born in exile. When he was just a child, he participated in the Vacations in Peace program and traveled in summer to Spain where he was welcomed by a solidary family from the town of Velada in Toledo. The following year, in 2001, he stayed in Spain and still remains in La Mancha, working installing parquet and floor in the houses. Last year he traveled to the camps to try his luck in the marathon of his land and achieved a brilliant fourth place that served to set a clear goal, winning the race the following year. And so he did. In 2018, after a good planning, he arrived in the last week of February in perfect shape and started from the beginning ready to set his pace and win. At the beginning he set a good pace and left with the Basque Jon Salvador, twice winner of this race, but when he passed the 15th kilometer he saw that he could go faster and decided to leave alone until the end. It was not easy because the last five kilometers he did with serious problems in the twins, which made him lose some of the accumulated advantage. Even so, he won more than 10 minutes over Erandio and 14 over Algerian Seddiki.
This year’s test had a very special meaning because the Saharawi people have lived in the middle of the Algerian desert for 42 years and the organization made a parallel between the 42 years of suffering of the local population and the 42 kilometers of the marathon distance. More than 500 runners from 23 different countries participated in this race. Tests of other distances like half marathon were also held, with victories of the Algerian Mohamed Bouremana and the French Veronique Le Moing; 10 km, with the victory of the local hero Amaidan Salah and the Spanish Maria Luisa Guillen; and 5 km, where they won the Algerian Fardjallah Hicchem and the French Anne Marie Rebray.
The Algerian desert was again dyed with solidarity in a somewhat unpleasant day, with much wind and even some rain, but that was not an impediment to see an emotional edition of this race that coincides with the Saharawi national holiday that on the day of 27 February will be the culmination of the award ceremony of the Sahara Marathon 2018, where two new heroes of the Saharawi resistance will be crowned. 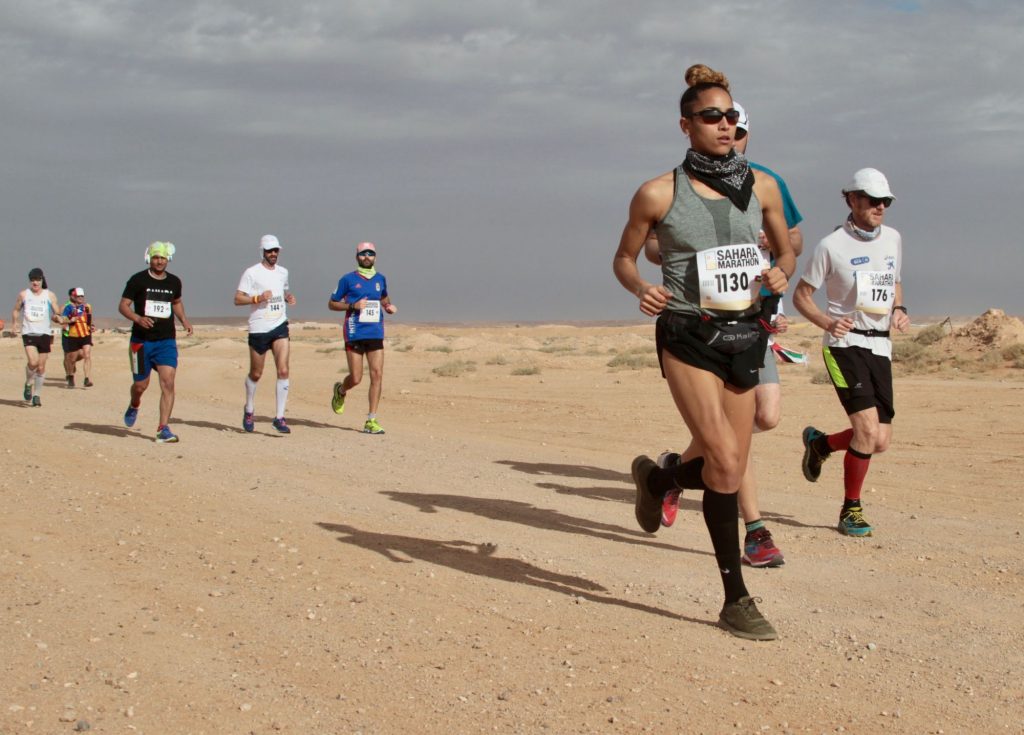 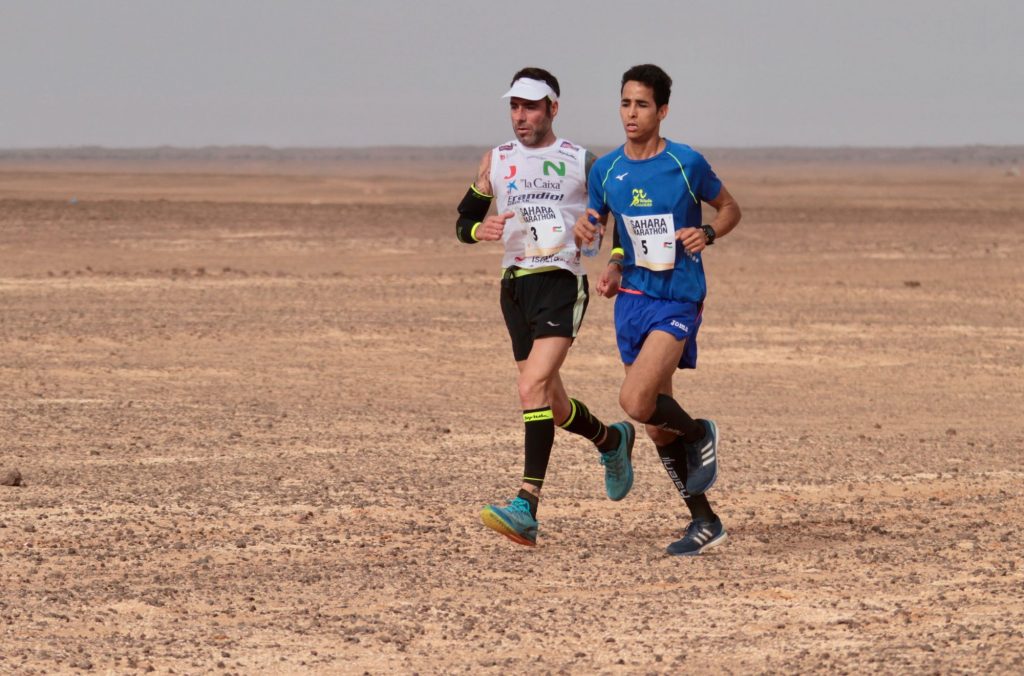